2: Cannicide and a Dog Named Towser 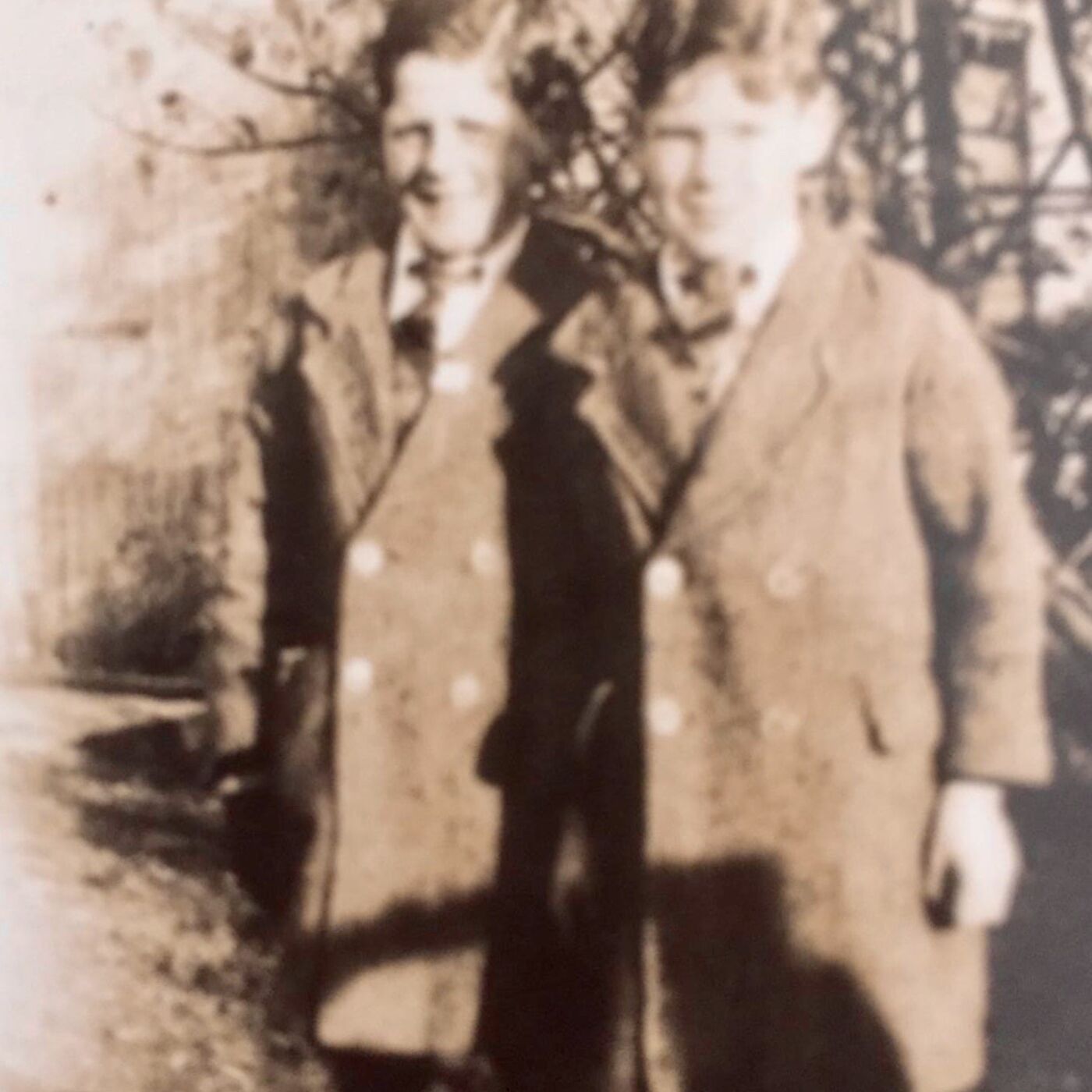 Reading the first installment of Recovering My Irish Family again, I realized that the title was a poor description for the content. Let me clarify the shortcomings. I grew up in a home where there was little discussion of my Dad’s family. I can guess at the underlying reasons, but what I know, is my father rarely displayed any interest in talking about my grandparents: Da and Nana and by extension almost all other relatives. It begs the question why? Could it simply have been disinterest in familial memories or, as I expect, the result of an uneasy relationship with both his mother and father. While Dad would often regale me with stories of his childhood exploits around his Clontarf home, Da and Nana rarely featured in these tales. When they did make cameo appearances, it was often in an unflattering guise. One particular story sticks with me and I often wonder if that was the point where Dad learned distrust. 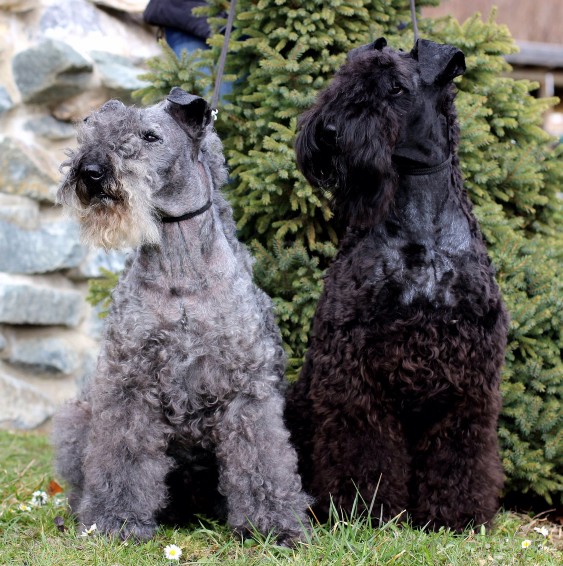 Dad had a Kerry Blue Terrier called Towser. The name strikes me as unusual and while it seems like a plausible dog name, I’ve never heard it before or since causing me to wonder if it was a nickname. In Dad’s era, most folks in Dublin seem to have had some kind of sobriquet, sometimes affectionate, oftentimes cruel, always on point so that it often expunged an original name from collective memory with the exception of an aggrieved mammy. I expect Dad’s Kerry Blue inherited a new name when his energetic proclivities were discovered. Emphasis would have been applied to the name’s first syllable. It seems, Tow-ser had the strength of a micro Clydesdale and was employed to haul my roller skated Dad at high speed around his Clontarf home.

I don’t know if Towser was specifically Dad’s dog, but it appears he became so after getting into a fracas with another neighborhood rival which left him on the edge of the great oblivion. Dad found him in a wretched state after this near fatal encounter and slowly nursed him back to health. Weeks were spent prostrate and hand feeding was required. Towser eventually recovered and then began plotting his revenge. A well timed, brutal Béal na Blá, ambush left the perpetrator of his assault dead. Whether the victim was a neighborhood stray or if there was an aggrieved owner who needed to be placated, is unknown. Dad, till his dying day, was impressed by the Kerry Blue’s ability to plot and execute cannicide and Towser, in turn, remembered who had taken care of him in his darkest moment. From that point forward, he was Dad’s dog and they were virtually inseparable. 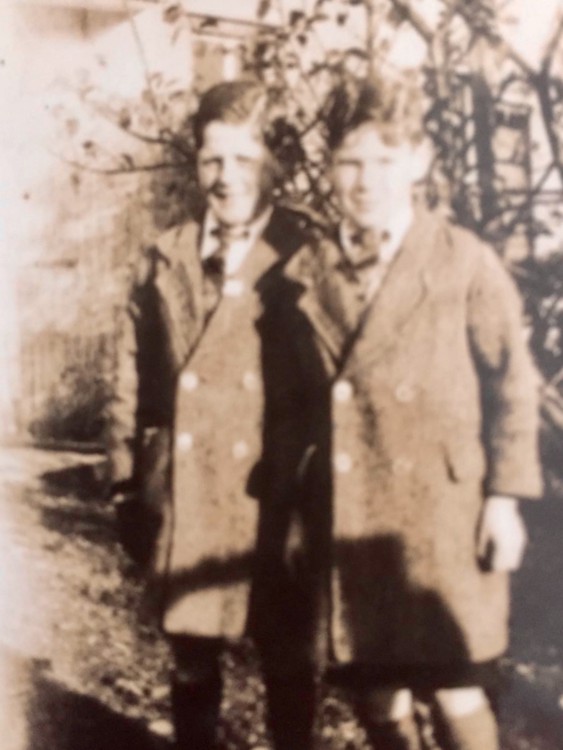 My Dad On the right with his brother Bobby

One day, when Dad was out of the house without his canine sidekick, Towser had a disagreement with Bobby, Dad’s older brother. Bobby was the firstborn and apparently Nana’s favored child. Their was some biting involved, skin was broken and blood was shed. When Da returned home from work, he was instructed to take care of the problem. Nana, having being brought up on a farm in rural Laois, was unsentimental about difficult livestock. The cure for the problem involved a sack, some rocks and a walk down Clontarf’s pier that stretched out into Dublin Bay.

I have no idea if any concern was expressed for Dad or Towser, but on returning home and asking for his dog, Da directed his son to Nana who told him Towser was gone and that she wouldn’t have vicious creatures in her house. As Dad attempted to extract the truth from a recalcitrant Nana, the unsinkable Towser showed up soaking wet and smelling distinctly of his bagged visit to the sea. Da promptly received a Nana scolding for failing to take care of the matter properly and their horrified son refused to let the soaking dog out of his sight. Ultimately Towser’s sentence was commuted to service at a local orchard where animal based fruit protection services were needed and Dad was able to make periodic welfare checks.

I often wonder at the Towser story. Was that the beginning of a rift, the origin event that led to the wary, distrustful aspect of Dad’s personality? For a young boy, I can imagine that such an event would have seemed little better than murder. When I think of Dad now, I recall his absolute self reliance and lack of trust in anybody except himself. For many parents, passing on cross generational family stories reinforce an important sense of belonging, Dad however, did not want to belong, becoming an emotional orphan and so, few stories were ever passed to me. Was it little Towser or something else? The scar tissue was deep, painful and it’s causes were only ever alluded to tangentially.

So its no surprise that I knew little about Dad’s early, immediate family life. Frequently when things are strained between a child and parents, indulgent grandparents become an emotional support system, but, Dad related no stories of warm visits to his paternal grandparents even though they lived nearby in Drumcondra at Fitzroy Ave, a scant 2 miles from Da and Nana’s house in Clontarf. I sense visits to his Fitzroy grandparents were limited to the point where he seemed to know almost nothing about his father’s parents. Once, when I attempted to extract a biographical sketch, all he could serve up was his grandfather’s name: Robert who worked in the Post Office and apparently wore a bowler hat. He also offered that his London born grandmother, Edith Maggie Hawkins was fond of musical reviews and chewed cloves which she carried in her apron, but that is where the detail ended. 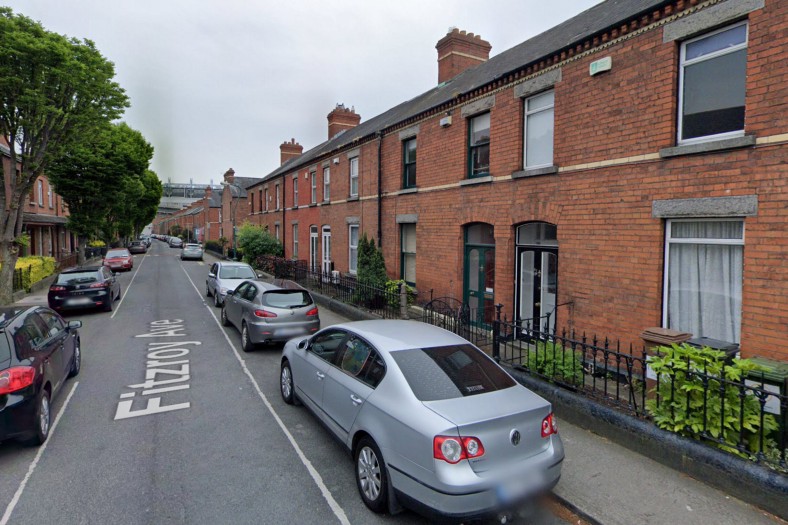 In the shadow of Croke Park: 37 Fitzroy Ave (first house on right), courtesy of Google Maps

As to Nana’s parents, Dad seems to have connected more there. It could be that he had no choice as when school broke for the summer, Da and Nana piled, all three of their children: Bobby, Dad and Marie, into the Mini Austin along with the family chickens and off they went for a summer on the farm where Nana grew up.
James Behan and Bridget Tynan farmed a holding called Belgrove in Killeshin, County Laois. Big Jim Behan, the patriarch was an imposing man and gifted raconteur. Dad remembered one night being on the receiving end of some hair raising tale recounted by the old man in a room lit only by a crackling fire. Dad recalled becoming hyper aware of every creek of the old farmhouse settling into the night and just as the yarn achieved an apex of anxiety, Big Jim, punctuated the tale with a roar which lifted Dad out of his seat screaming in fright much to the old man’s delight.

Dad would often speak of being required to read the newspaper to his aging grandfather. Bored by the cover to cover reading requirement, he often attempted to skip sections only to be pulled up by the old man who was savvy enough to determine that his captive reader was shirking his duties. The old man apparently didn’t tolerate fools or their behavior either. On one occasion he advised his grandson to leave the farmyard cat alone after observing a more than robust level of interest. Apparently this feline approached panther size, no doubt fed by a fertile farmyard rodent population. Despite the warning, Dad’s curiosity got the better of him resulting in an impressive bare arm raking after attempting to execute an unwanted capture. The old man, on seeing the damage to his howling grandson, simply snorted, shrugged and told him he hoped he’d learned his lesson.

I don’t get the sense that the relationship was particularly warm between Dad and his Behan grandfather. Rather, Dad communicated a sense of respect tinged with a little fear. One evening when he and his siblings were rushing out on their bicycles for a visit to the local cinema, Dad got called back to gather up the geese for the night. The flock was pastured in a field about a mile from the main holding so Dad grudgingly hopped on his bike and headed down to the geese and quickly gathered them up and began the drive back to the farm. Conscious that time was short before the start of the film, he hurried the waddling geese along a country lane and then dissatisfied with their speed he urged them on more aggressively. The geese slowly upped to trotting speed, their wings outstretched in response to the strain of the increased pace. But a fine line had been crossed, the trot transformed into a run and take off velocity was achieved. The flock rose gracefully into the air wheeling out, over and beyond the farm with Dad, mouth agape, pedaling furiously behind, terrified that he would have to explain to his grandfather that he had lost the geese. Fortunately the flock settled some three miles later and a chastened Dad gathered them up again and steered them more patiently on a longer walk home. 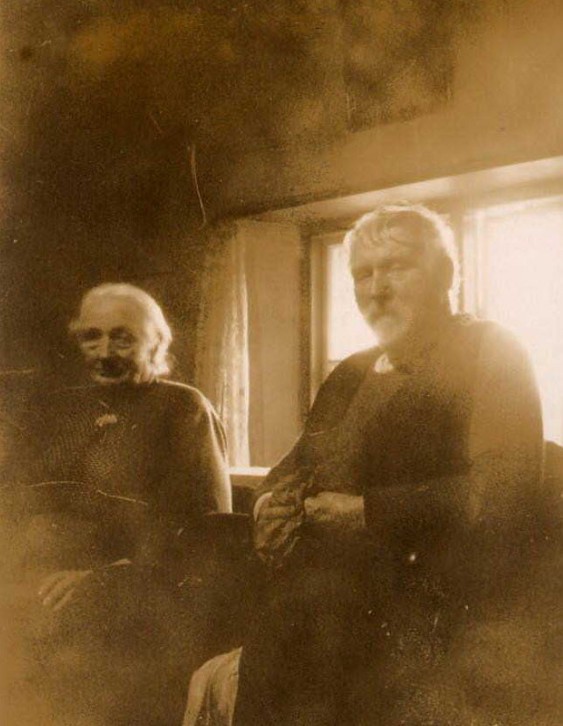 Brigid Behan, Big Jim’s wife, was apparently a secular saint. All anecdotes point to a woman of great kindness and patience. It was probably a requirement with a bulging household occupied by six daughters, three sons and a husband whose number of appearances in the petty courts at the turn of the century would not have been a matter of pride. Their sons: Tom, Michael and Jim were actively engaged in the Anglo Irish war of 1919 — 1921 and Belgrove was raided more than once as the British authorities attempted to track the rebel brothers down.

Captured by the Black and Tans, during a botched training exercise, the brothers took their turn in court under more serious circumstances and ended up in Mountjoy. If not for the ceasefire and subsequent amnesty at conflict end, they may have been looking at a lifetime in prison. Like many idealistic Republicans, they subsequently threw in their lot with De Valera on the losing anti-treaty side of the subsequent civil war. For, Dad, they would have been figures of tremendous stature especially for a student educated in Coláiste Mhuire in Parnell Square whose adherence to all, things Irish made it the most Republican of Dublin schools in the newly founded state.

Dad formed a bond with the youngest of the three brothers, Jim, and despite a 25 year age difference they seemed to have established a lifetime bond. Jim was Dad’s uncle and godfather a role he agreed to serve on my behalf but their relationship had little to do with ecclesiastical matters, rather it centered around a mutual love for the outdoors with numerous hunting and fishing expeditions around the Barrow watershed.

It’s challenging to reconcile the warmth of Dad’s memories for his visits to the Belgrove Behans with the virtually non existent details of his paternal grandparents. The paucity of detail on the Nutty’s of Fitzroy Ave points to some kind of falling out. I imagined that the most likely culprit was my fractious Nana of whom one of my cousins commented: “Where she went, trouble followed”. However in talking with one of Dad’s cousins, another possibility emerges. It seems that the Fitzroy Ave home may not have been the most welcoming of places and surprisingly the blame cannot necessarily be attributed to the usually charged dynamic between mother and daughter -in-law. Instead it appears there may have been another forceful actor who made the home a frosty destination for those who left the family nest in pursuit of a new life.