A Photo Restoration For the Next Generation 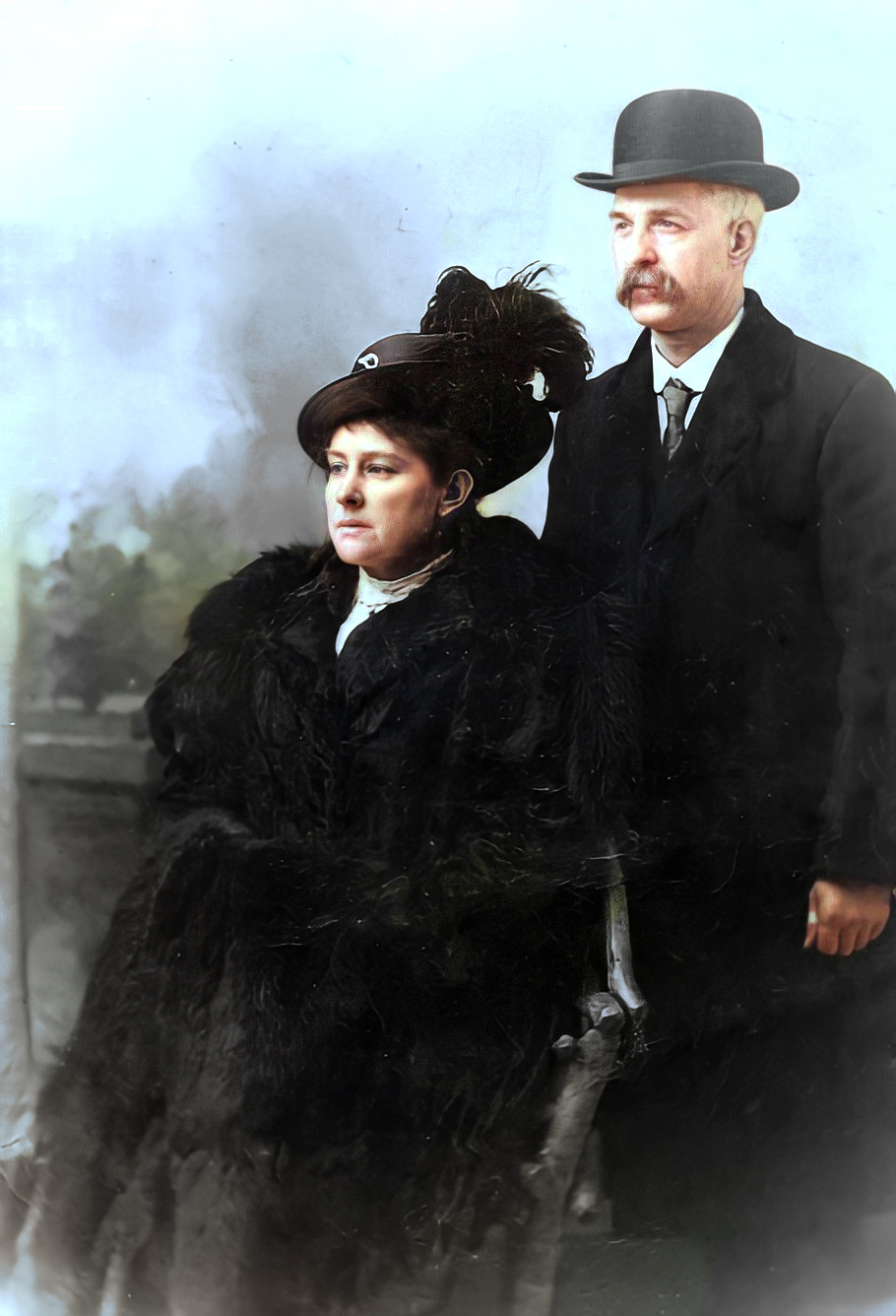 I became a Great Uncle for the first time this year which got me thinking about some of the legacy I can leave for my new nephew Liam. I've done a lot of research about our family tree and indeed the podcast was motivated in large part on passing this research to the next generation in a more digestible form.

In the course of this effort I've uncovered a number of family photos which includes the picture above of one set of my Great Grandparents. Based on a guess of the age of the sitters and their clothing, I'm guessing this picture was taken shortly before WWI. For Liam these are his Great Great Great Grandparents born in the latter half of the 19th century some 150 years before his arrival on this good Earth. I've told a little of Robert and Edith Nutty's story tangentially in my episode on their daughter Lily and will focus on them in a more detailed way at some point in the future

I could recite the dust dry dates of Edith and Robert revealed by the archives, but in truth, what we all want when doing this research, is a picture so that we can attach a visual to the facts and scan faces to determine if we echo their appearence in some way across the generations. My picture of Edith and Robert was badly damaged and so I anted up some money for a digital, colorized version which might make them feel more proximate. The kind folks at My Colorful Past did a fab job and a visit to their website is recommended to get a sense of the work they do. As a point of comparison this was the original image: 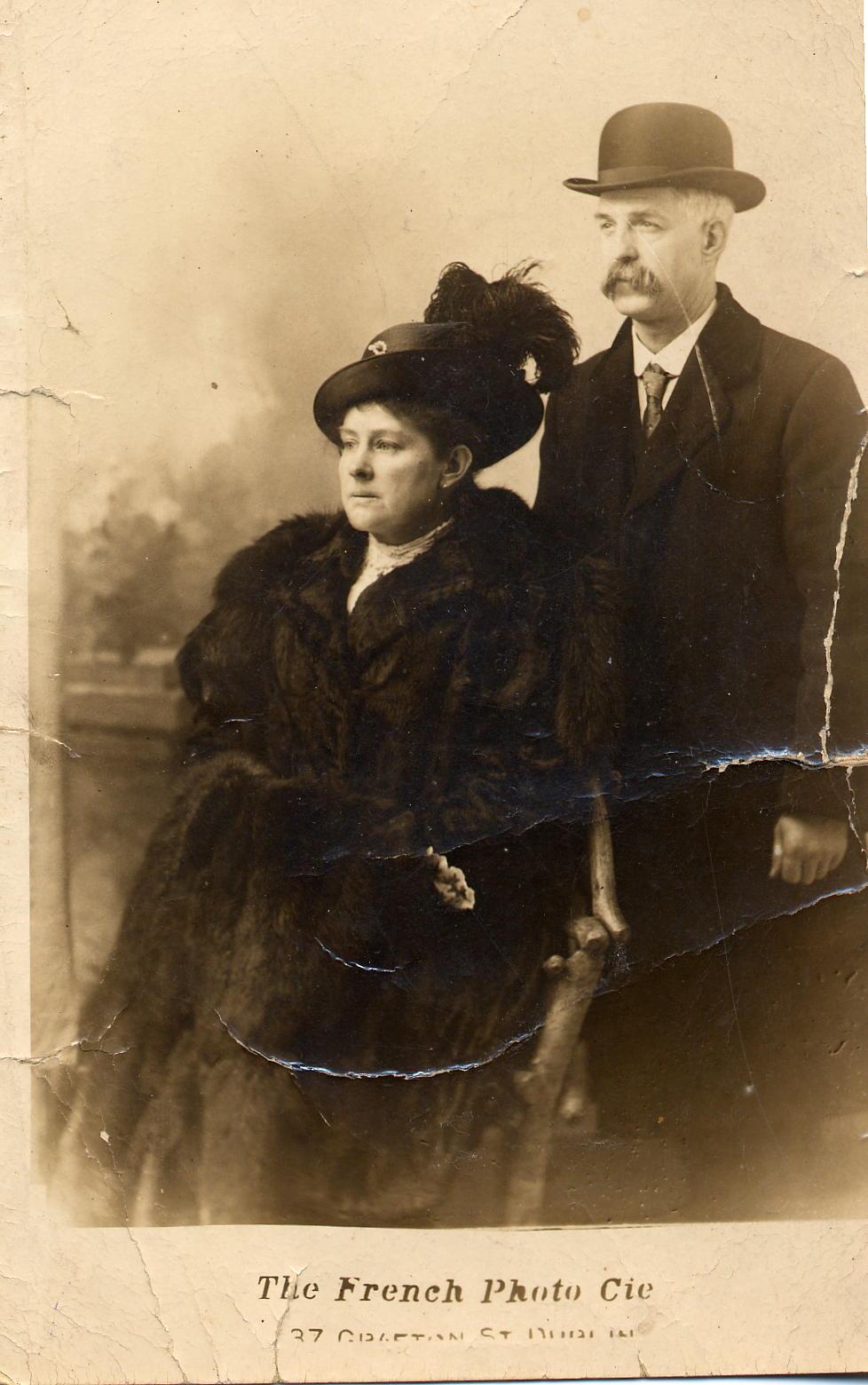 My Colorful Past has recently taken to animating old photos. I look forward to the moment when they can do so with some of my images. This eerie motion rendering of Sean McDermot, one of the origanal signatories of the 1916 proclamation, gives you a sense of that work