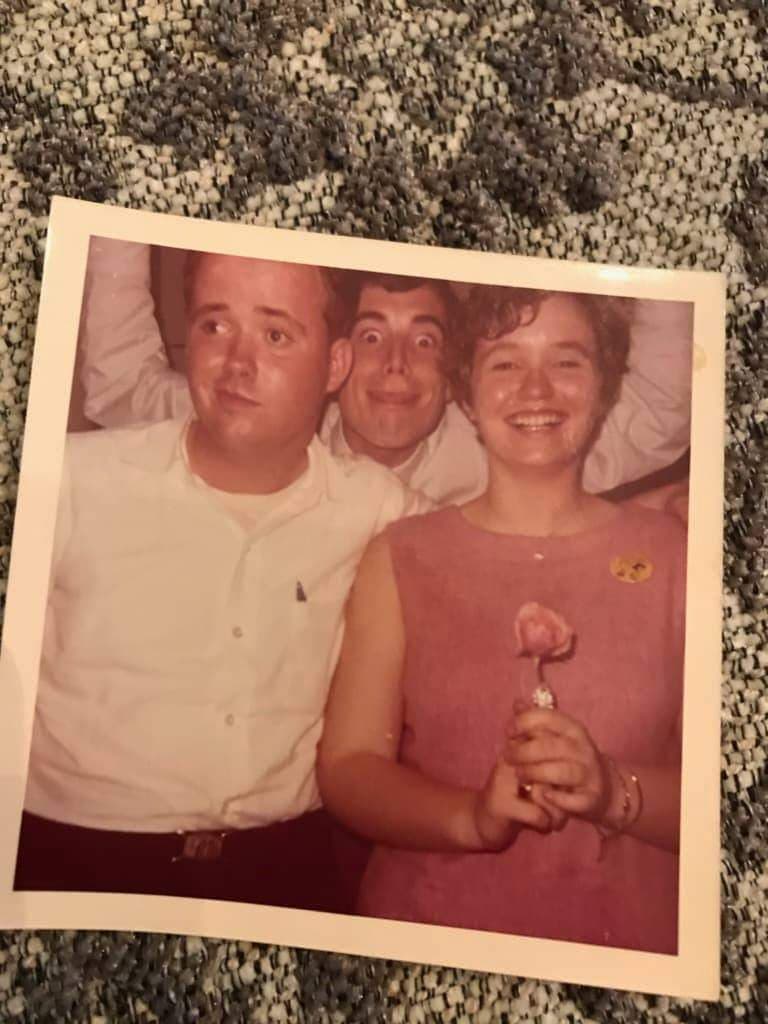 I had to do some running around the City today. We got hit with somewhat of a Winter Storm so that slowed travel down and provided me with extra time to listen to podcasts. Of which I listen to a few.

I decided to give the most recent episode of The Nutty Chronicles a re-re-listen. The episode deals with, amongst other things, the early years of his parents marriage. I couldn't help but let my mind wander back to my own parents and the early years of their marriage.

I explained in a recent blog post that I am a 2nd gen Irish-American. With both sets of grandparents immigrating from Ireland in the early part of the last century. My Grams on my Mother's side lived with us and our home was a very strict Irish Catholic dwelling. I was conceived in the first year of their union. And while it was never said aloud I'm confident that I was what you would call a "planned" pregnancy as my parents, though both college educated, had extremely humble beginnings.

Be that as it may my home was always filled with love. That was a direct result of my dear Mom. My father was a man of few words and many strong opinions. But my mothers sweet demeanor permeated everything in that home. Making it a place I feel blessed to have grown up in.

I could go on and on. But the point I'm driving at is it's the drawing out of these kinds of memories that makes me such a fan of the show and Martin's style. It's impossible for me to listen to an episode and not compare it in some respect to my own upbringing.