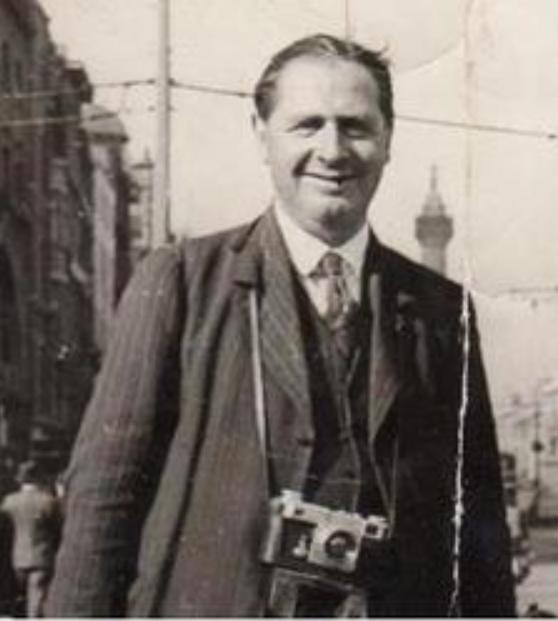 When I posted the picture of my father Fred Nutty (1925 - 2012) and his younger cousin John Behan, a couple of days back, I figured I'd see if I could ask some of Dublin's cultural and historical cognoscenti whether they could identify the exact location of the image. So I reached out to podcasters Donal Fallon and Lorcan Collins, of Three Castles Burning and Revolutionary Ireland respectively, to see if they could assist in identifying the actual location 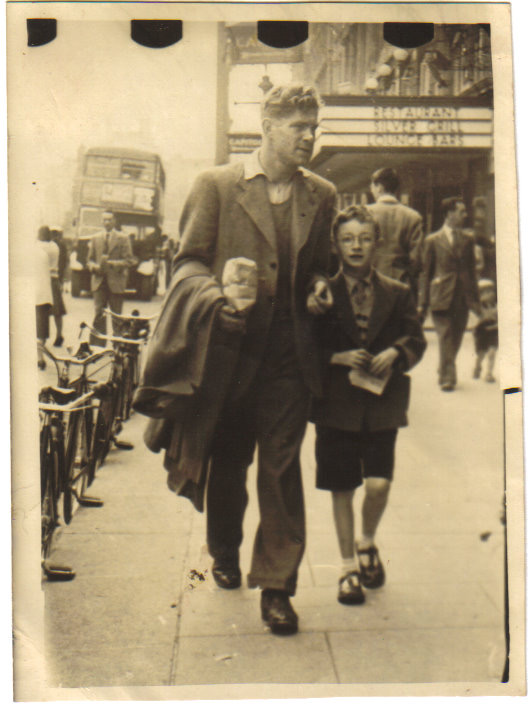 I figured the picture was taken in O'Connell St likely in the early 50s. Donal Fallon suggested that it's likely an Arthur Fields (1901 - 1994) photograph. As to a precise location, that's still a mystery. Lorcan Collins opined that the sidewalk looked a little narrow for O'Connell St. I thought what appears to be a movie theater marquee would provide a clue. Interestingly, if you look closely, the marquee does not list any movies at all, rather:

Whether the image was actually captured by Arthur Fields is unknown and may remain so. However I would be remiss in not providing more detail on one of the great fixtures of Dublin life. Fields was a street photographer who carved out a living for more than 50 years in the O'Connell Street area taking pictures of passerbys. His collected photographs represent a valuable historic archive of Dublin life during his active period which stretched from the the 1930s to the 1980s. His devotion to his craft is now being recognized with an excellent website dedicated to his work => Man on Bridge. You can also watch an excellent film on his work below: